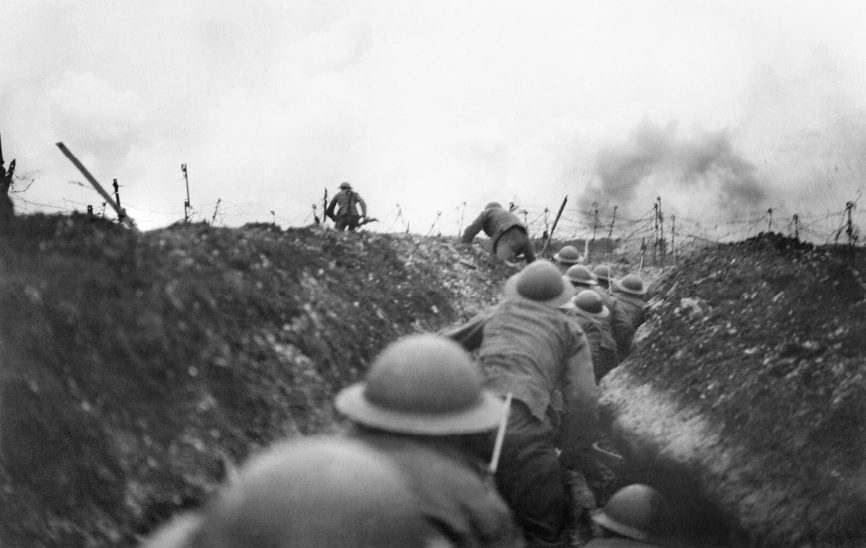 Welcome to our WW1 Roll of Honour. 2014 marks the Centenary of the start of the First World War, a landmark anniversary for Britain and the world.

At the Lodge’s Finance Committee meeting held on the 20th September 1920 it was resolved by the Worshipful Master, Bro. N. W. Maughan, that a Roll of Honour be prepared – “to members of the Lodge who had seen active service with the Colours, and special notification given of those members who had made the supreme sacrifice”.

This resolution resulted in a hand written sheet which is taped at the end of the Lodge’s minute book that covers the period of the First World War. It is entitled “2557 Roll of Honour” and lists 14 names, ranks and service, plus one whose boat was commandeered by the Government. Photos of the Roll can be seen on the North East War Memorial Project website – Roll of Honour 1914-18 Lodge Temperance 2557 (NUT254).

The following short biographies are Lodge Temperance’s war dead and members who saw active service but were fortunate enough to survive the war. Please click on a name to see their story.

Taken from “For the Fallen” by Laurence Binyon:

“They went with songs to the battle, they were young.
Straight of limb, true of eye, steady and aglow.
They were staunch to the end against odds uncounted,
They fell with their faces to the foe.


They shall grow not old, as we that are left grow old:
Age shall not weary them, nor the years condemn.
At the going down of the sun and in the morning,
We will remember them.

They mingle not with their laughing comrades again;
They sit no more at familiar tables of home;
They have no lot in our labour of the day-time;
They sleep beyond England’s foam”

Thirty three other members are mentioned in the minutes and registers of Lodge Temperance but are not listed on the hand written Roll of Honour. A few were no longer subscribing members when the Roll of Honour was prepared but for the rest we can only speculate why they were omitted.

During our research into the members who served in the First World War, the registers record two members with the words “alien enemy birth interned”. To try and understand this further, our research looked at one of these members, Bro George Shyfler.

Bro George was a German pork butcher and was initiated into Lodge Temperance in 1902 and remained a fully subscribed member until his life was turned upside down in 1915. He was arrested, along with many others of German birth, as an alien enemy and interned for the duration of the war. You can read his story here.

These are photos of the Masonic Roll of Honour 1914-1918 held in the library of the United Grand Lodge of England in London: 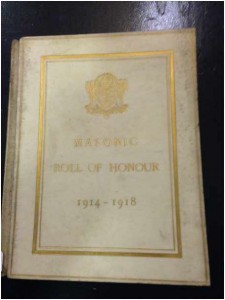 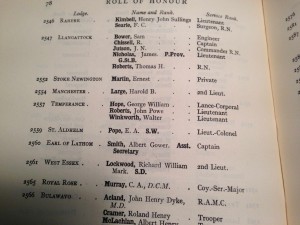 The content presented in the short biographies of this Roll of Honour is taken from a variety of sources, mostly in the public domain, and includes:

If you know any more about any of the people, or have photographs you’d like to share, we’d love to hear from you. You can contact us either through this website here or by  emailing  the author Peter Walker at Email