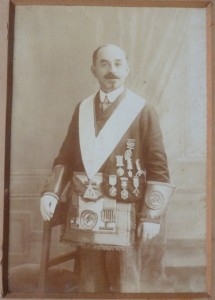 On June 18th 1919 at the first of five Founders meetings, W. Bro Edward Ward Watson, PPGD was elected Master Designate and took the chair at this and the three following meetings. At the fifth meeting on 30th December 1919, the Founders received the sad news of the sudden death of the Master Designate. W. Bro Morris Marks PPGW was then elected as Master Designate.

The ceremony of consecrating and dedicating took place  on 13th January 1920 at the Masonic Hall, 4, Edwin Street, Shields Road, Newcastle Upon Tyne. The firsts officers, as shown were duly appointed.

Seven members of Lodge Temperance 2557 had their names inserted on the Warrant, which was granted on 5th November, 1919 and they were”

The Brethren named below made up the total of 26 founders:

The first candidates were proposed in the Lodge on the night of Consecration. They were Edward Watson, son of the late Master Designate W.Bro Edward Ward Watson, and Stanley Hope son of the first Senior Warden W. Bro. James Hope, PAGDC. 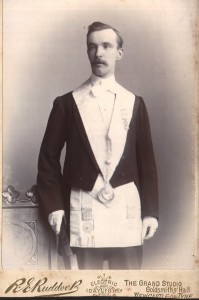 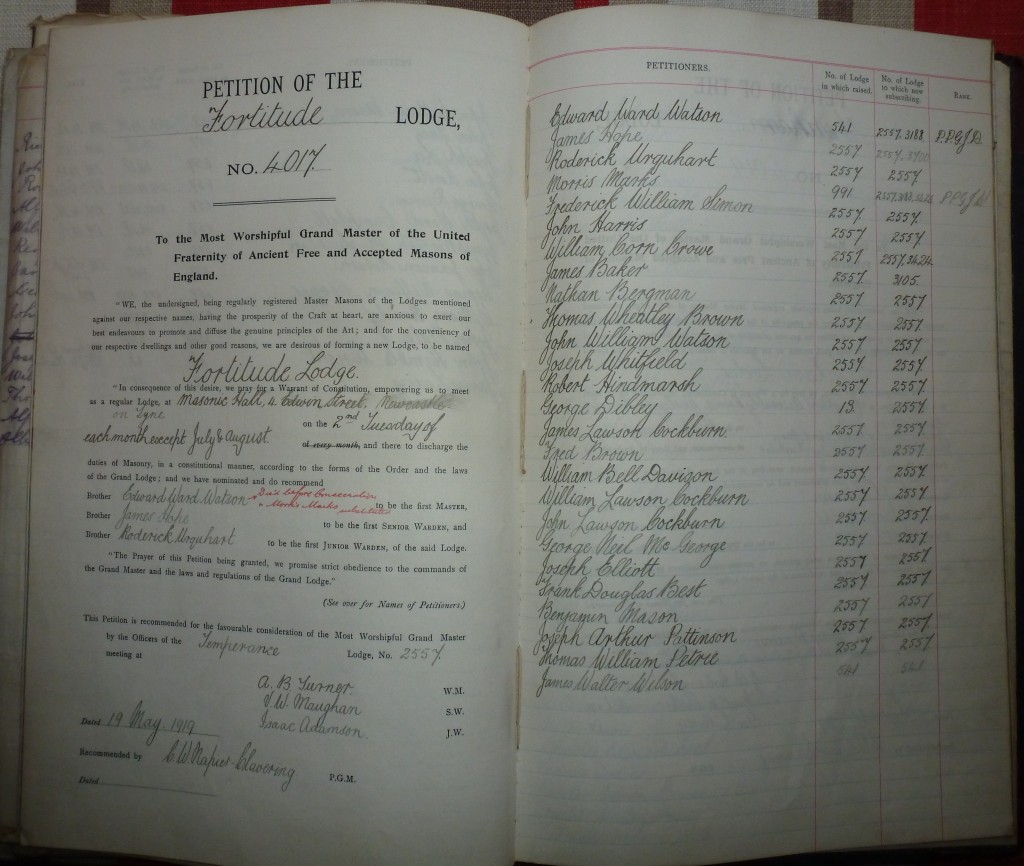 Unfortunately, Lodge Fortitude Lodge No. 4017  was erased in December 2015 due to decreased membership.