William Bell was a Freemason and founding member of Lodge Temperance 2557, which after the Lodge was formed in 1895, met at the Masonic Hall, Shakespeare Street, Newcastle-upon-Tyne, Northumberland, England. The records indicate William did not attend the initial meetings to discuss the formation of the Lodge, but was a signatory on the petition sent to Grand Lodge, listed as being a Past Master of Tyne Lodge 991 and a Naval Architect living in the West Wing of Point Pleasant Hall, Wallsend. He was also recommended as the Lodge’s first IPM (Immediate Past Master).

The records of Tyne Lodge 991 show that William was Initiated on 13th February 1887, passed to the 2nd degree on 10th March 1887 and raised to the sublime degree of a Master Mason on 14th April 1887 and occupied the chair of King Solomon in 1893. Evidently, some attempt was made to re-elect the previous master to the chair, as it is recorded in the minutes that the ballot for the election was 26 votes for the previous master W. Bro. G. Blair and 30 votes for Bro. Bell, which indicates there had been some difference of opinion on the question, indeed so much so, that it was proposed that as much of the minutes as referred to the election of the WM for the ensuing year be not confirmed. This however was lost and the minutes duly confirmed. W. Bro. George Allan, father of our founding member Bro. Lewis Forsyth Allan, acted as the Installing Master. During his year as Master, Bro. Bell, presented the Tyne Lodge with a Chaplain’s collar and Jewel. The following year he presented the Lodge with an Organist’s stool and four Wardens Wands and received the thanks of the brethren for his kind gifts. William was also a joining member of Northern Counties Lodge No 406 on 7th December 1892.

After his year as IPM in Lodge Temperance, Bro. William served as Treasurer for two years and remained as a member until his resignation on 18th February 1901. It is not known if he continued his Masonic career.

William was the son of Joshua Bell, a waterman from Howdon and Mary Jane Thorn from Berwick upon Tweed, a Milner and dressmaker who married in 1861 in South Shields.

They had the following children:

William married Rose Eva Perry in 1887 and they had three children:

He was elected to the North East Coast Institution of Engineers and Ship Builders in November 1888, where he presented a paper to the Institution in February 1894 “On a new system of construction for large vessels of a cellular type”. The paper caused extensive and exhaustive discussion, much of it negative. In his reply to the discussion on his paper, William, commented that he expected adverse critisism but was not prepared for the chorus of disapproval provoked by his temerity. To quote one of the members, he had been fired at from all directions, and even denied his claim to originality in the suggested modifications. He went on to say that an attempt to stem such a torrent would require more time than he was able to afford, so he could only deal with a few of the principal objections, which he went on to do.

The 1891 census shows William and Rose Eva living in Point Pleasant Hall, Point Pleasant, Wallsend and William is recorded as a Naval Architect.

The Hartlepool Mail and Shields Daily Gazette of 16th July 1897 reported that:-

“Mr. William Bell, who has been for a number of years, manager of the ship repairing department of the Wallsend Slipway and Engineering Co.’s works, at Wallsend, has been appointed general manager at Messrs Cleland’s graving dock and slipway, at Willington Quay, in succession to Mr. Anthony, resigned.”

With his appointment as General Manager to William Cleland’s yard he moved the family nearer his work and the 1901 Census shows William and Rose living in Church Hill Road, Willington with William recorded as Manager of a ship repairing works. By the 1911 census the family have moved to 3, Portland Terrace, Jesmond and William is Manager of a Slipway and Forge in the repair of steam vessels and the manufacturer of forgings. A few years later they moved to 28, Queens Road, Jesmond where they remained. 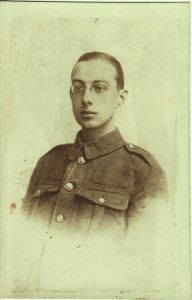 His youngest son William Marcus Bell fought in World War 1 and tragically, gave his life less than a month before the armistice.

“BELL, WILLIAM MARCUS (’09), enlisted in the Sherwood Foresters, April 15th, 1917, and after two serious illnesses left Dover for France on August 23rd, 1918. He was wounded and gassed at the battle of Cambrai on October 25th, 1918, and died on the following day in the General Hospital at Etaples, aged 19 years.”

His remains are buried in Etaples Military Cemetery, grave reference LXV1.L.16 and is commemorated by the Commonwealth War Graves Commission here.  He is also commemorated on the organ of the Royal Grammar School which can be seen on the North East War Memorial Project website.

Bro. William died on August 16th 1930 at 28, Queens Street, Jesmond naming his wife Rose Eva Bell as his beneficiary. Rose continued to live in the house until her death on December 25th 1950, naming her son Oswin Bell, Marine Engineer in her will.

The register of deceased seamen records that Oswin Bell of 33, Norham Road, Whitley Bay was Chief Engineer on the London Registered SS Maidenhead and taken ill near Kawasaki, Japan, transferred to the Yokohama General Hospital, Japan where he died of heart failure on January 25th 1954. His wife, Winifred Beatrice Bell was the beneficiary of his will.