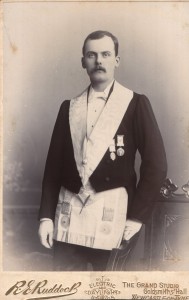 These are the brethren who formed Lodge Justice No. 4421, consecrated on 16th June 1922. Of the eighteen co-founders, fifteen were from Lodge Temperance 2557.

Lodge Justice is still going strong and meets at the Masonic Hall, Corbridge Road, Newcastle-upon-Tyne, on the 2nd Saturday of the month. 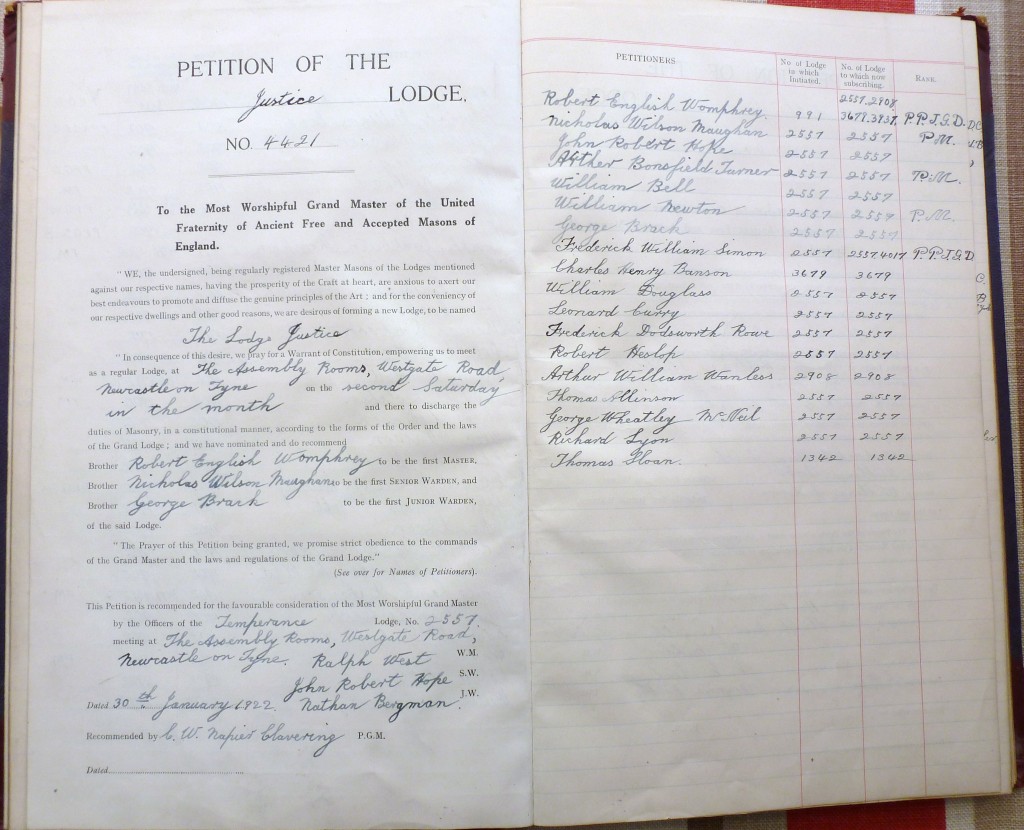 Petition of Lodge Justice No 4421